Sign In
Sign Up
Join hundreds of
companies that use Servgrow to grow their business!
Try Servgrow Free!

Back to all blog posts

How Much Do Plumbers Make? We Compare All 50 States 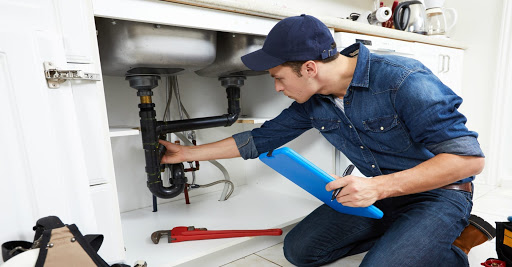 Knowing the landscape of how much you can potentially make or expect to make is very essential when making your decision in your field of choice. Whether you’re a seasoned vet who wants to see where they stack up or just getting started in the plumbing industry, having a salary layout throughout all states can be helpful.

We’ve scraped and analyzed data from thousands of job postings on various
websites such as Indeed.com to present it here for you.

We’ve broken down the average hourly rates and salary earnings by each state. We also include the variance in salary ranges and the total number of jobs posted with a salary higher than $55,000.

What is the average earnings of a Plumber?

For the U.S., a Plumber’s average hourly rate is about $25.69.
Calculating the annual salary, this totals up to about $50,000 per year.
However, please note that all averages aren’t accurate. This average includes a high cost of living states such as New York and San Francisco as well as low cost of living states such as small rural towns.
Taking a more in-depth look, we find that the highest average rate is from Delaware at $40.32 per hour.
On the contrary, South Dakota seems to have the lowest average hourly rate at $14.11 per hour.
It’s helpful to know the average hourly rates by each individual state.
Just remember that the average jumbo’s up the data from different plumbing positions, contract workers versus temporary workers, and even season vets.
Understanding this data can shed some light on which states do tend to pay the most and value plumbing work, while which states pay the least.

What is the Salary Range for Plumbers?

A great way to comprehend the data of salaries is to see the range of pay that is offered. The average shows us both the highest and lowest figures, so we get to see the full spectrum of how broad the pay scale really is.
For the U.S., the average hourly rate for plumbers ranges from as low as $9.47 per hour all the way up to $51.60 per hour.
We did this by calculating and averaging out the high and low ends of salary ranges.

Please keep in mind that the range incorporates a variety of positions. The pay rate will vary based on the position such as the years of experience and certification that a plumber has, not to mention the city they live in. The highest earners could be master plumbers, while the median might be licensed journeyman and apprentice could be on the low end of the spectrum. When we’ve compiled this data, we did not exclude listings by job position. In addition, as a contractor, you want to have the right
so that you can maximize your earnings.

By looking at a state-by-state basis, we can get a more in-depth insight into what plumbers are really earning in any given location.
We made an analysis that gives you a scoop of what plumbers might earn based on their location and position.
Some states have the lowest hourly rate of $7.25 per hour, while others have an extremely high rate, such as Hawaii, at $81.25 per hour.

Plumbing Listings That Pay Over $55,000 Per year

To add further complication, there are more layers besides each state. We've seen an abundance of
in bigger cities offer a larger pay than the same roles in smaller towns.

This means you shouldn’t just look at the average pay by country or even state. As a plumber, you should be looking at the given salaries by each city.

Besides just figuring out which states pay the most, we’ve gone ahead and uncovered the cities within each state that pay the most. As a plumber, you’ll know that by working in the bigger cities in your state, you’ll get paid more than most of your state's plumbers.

The data does reveal to us that knowing how to use plumbing software will lead to higher revenue and more operational efficiency. You can use this data to segment other categories further, as mentioned above.

Given the fact that the average salary for plumbing is $50,000 per year, we know that plumbing is a well-paid profession. Sometimes it can be much higher too. There will always be
for you to get started in.

Also, this data will help you compare other people’s salaries against yours and weigh your options to see whether you should be getting paid more in the future.

For more helpful tips on
, we’ve compiled them to provide additional resources.

ServGrow is a leader in comprehensive
that industry professionals utilize to help streamline their operations, boost revenue, and substantially increase their online exposure.

Ready to learn more about what ServGrow can do for your business?

Increase Revenue from Current Customers (10 Step Guide)
How to Start a Lawn Care Business: The Ultimate Guide
The Top HVAC Schools for HVAC Training (#1 List)
Home Service Industry Trends: 8 Trends You Need to Stay Up On
A Guide to Creating the Ultimate Customer Experience (Proven)

At times it can seem like a grind having to constantly bring in new business to keep the revenue going on the trajectory that you want it to. One time customers are great, but what if you can turn one and done, into more than once?

How to Start a Lawn Care Business: The Ultimate Guide

Every year in the US, the market size of the landscape services industry has grown by 2.5% on average. In the last year alone, the number of landscaping service businesses increased by 4.9%. If you’re thinking about starting a lawn care business, now is definitely the time.

Do you want to become a certified HVAC technician? Make sure you check out these top HVAC schools for HVAC training below!